BIZET’S BEST ARIA FROM THE PEARL FISHERS. STRAIGHT TO THE HEART.

Among Bizet’s Operas, you surely know Carmen, but what about George Bizet’s best Aria from The Pearl Fishers (Les Pêcheurs de Perles)? “I believe i hear it yet”, also called “Nadir’s Aria”, in Alain Vanzo’s lyric version, sneaks into your soul.

TABLE OF CONTENTS OF GEORGE BIZET

Trembol | Why Georges Bizet’s Aria from The Pearl Fishers is so good?

There are some opera pieces that just dig into my heart. At the beginning of 2020, Les Pêchers de Perles (The Pearl Fishers), jumped out at me, and i listened to this Aria called, Je crois entendre encore (I believe I hear it yet), also known as “Nadir’s Aria”. It’s from the well-known author of the Opera Carmen, Georges Bizet, who composed it in 1863.

It’s taken me a really long time to discover and share it with you!

This tenor aria from The Pearl Fishers got me obssesed and i listened to all its versions. I particularly fell in love with the lyrical interpretation of the tenor Alain Vanzo, with the Paris National Opera Orchrestra, conducted by Georges Prêtre.

In Trembol we believe it’s Bizet’s best Aria. This is the story behind the Opera:

George Bizet’s The Pearl Fishers synopsis. The story behind: 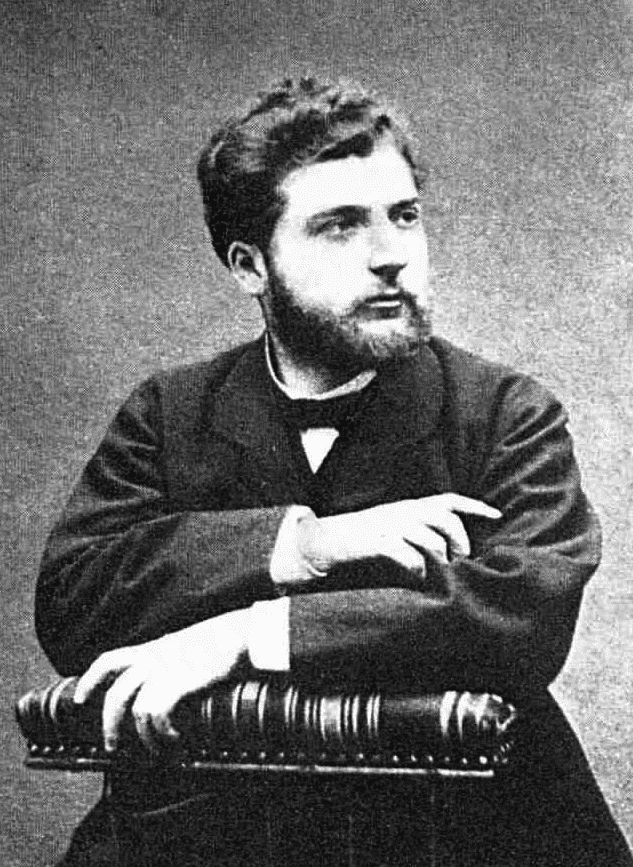 A love triangle that occurs in the exotic Ceylon (Sri Lanka). In the past, Nadir, a young fisherman (the play’s main character and the singer of our Nadir’s aria) and Zurga, the chief pearl fisherman, fell in love with a beautiful priestess named Léïla. Both decided to ignore that love and keep their friendship. One day, the priestess returns to Nadir and Zurga’s town.

When seeing her, Nadir confesses that he still loves Leïla despite the time and sings “I beleive i hear it yet (Je crois entendre encore)”. Leïla and Nadir are finally together, but Zurga discovers it, rages and tells the High Priest, who decides to condemn the lovers to death.

Later Zurga realizes that Leïla saved his life time ago. At dawn, when the fishermen go to kill the couple, Zurga stops them and free the lovers, so they ran away. When the high priest returns and discovers Zurga’s plot, he orders his death.

You can’t miss ⭐️ The best parts of Nadir’s Aria

1. Take a deep breath and listen to the middle part. You’ll float.

2. The violins are so beautiful, like “Je crois encore la voir”

This is what it says | Lyrics and Translations of Bizet’s best Aria, Je crois entendre encore

I believe I hear it yet,
Hidden beneath the palms,
Her voice, tender and resonant
Like the song of a dove!

In the illumination of the stars,
I believe I see her yet,
Her long veils opening
To the tepid winds of evening!

How does Trembol write the lyrics, translation and synopsis or story behind?

Translations in Trembol are made with a lot of care and love, by hand, because we want to explain you the real meaning of the song and the story behind it, with the author words and in different languages. For this reason, we do not use automatic translators, which translate word by word, without understanding the background of the lyrics. In Trembol we believe in emotions and spreading music, that is why we also translate manually all lyrics to English and Spanish, like this great Nadir’s aria from the Opera The Pearl Fishers. Click on the box of the language you want to see, and it will open. If your screen is large enough (typically a PC) you will be able to view the two lyrics in parallel, the original and the Spanish translation at the same time. Cool, isn’t it!

❤  If you like the song as much as we do and you want to help Trembol you can buy it following Amazon or iTunes links below.

Nadir’s aria “Je crois entendre encore”, is played in the last episode of Smallville Season 3, when the character, with a terminal illness, tries to commit suicide.

Bizet believed that his play Carmen would be a big fail and died of a heart attack, 3 months after the premiere, without knowing that it would be an spectacular and lasting success..

Who is Georges Bizet?

In a nutshell, Georges Bizet is a French composer from the 19th century, whose most famouse Opera is Carmen.

These are some of the related questions that people search:

Which are George Bizet works?

Bizet composed 15 Operas (not all them finished), 9 orchestral works (some for choirs) and more than 20 piano compositions.

Some have certain success at the time Djamileh and L’Arlesienne, and some are incomplete like Clarissa Harlowe and Grisélidis. 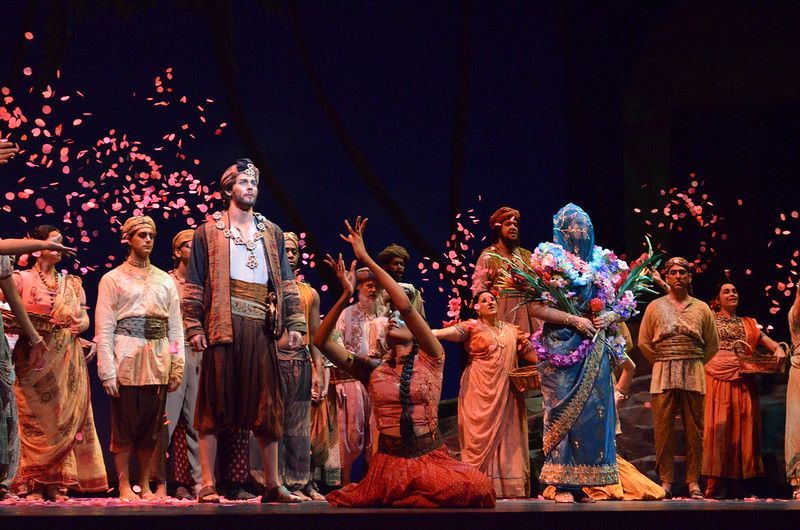 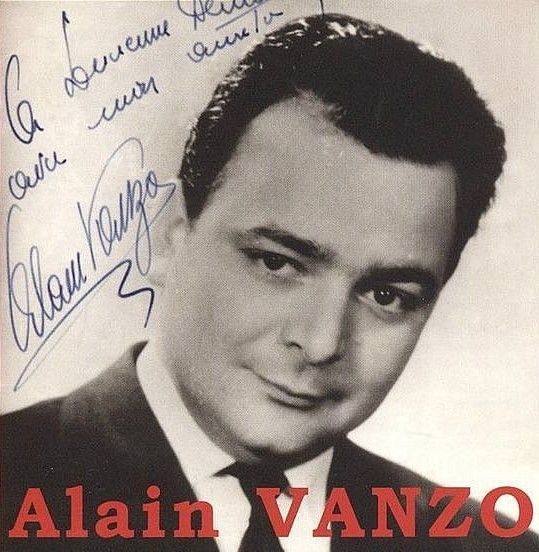 Learn how to play Bizet works with e-Chords

2. The most famous song from Bizet’s repertoire, La Habanera from Carmen, sang by a splendid María Callas live in Hamburg in 1962. A real treat for the ears, make sure don’t miss it!

3. One of Alain Vanzo’s most outstanding performances is “Pourquoi me réveiller“, from the opera Werther by Jules Massenet. His torrent of voice will not leave you indifferent.

We’ve designed this Spotify playlist with the best arias, operas and compositions of George Bizet.

From Les Pêcheurs de Perles, Au fond du temple saint, a complete pleaure, this time by the ‘Bavarian State Opera Chorus’. From the Opera Carmen, Les Toréadors and many other, including Agnus Dei sung by Luciano Pavarotti.

To be able to listen to the whole playlist, you need a free Spotify account.

Header and Featured Image used in this article and on Social Media: The Pearl Fishers Final Dress Rehearsal. By Florida Grand Opera. On Flickr

✅ ALIS, THE SPANISH MUSICIAN THAT OTHER MUSICIANS LISTEN TO, WON’T YOU? 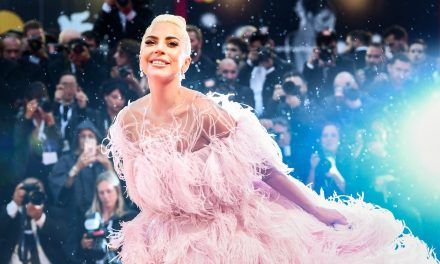 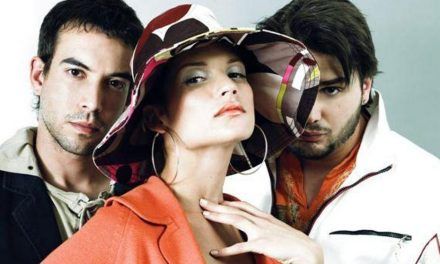 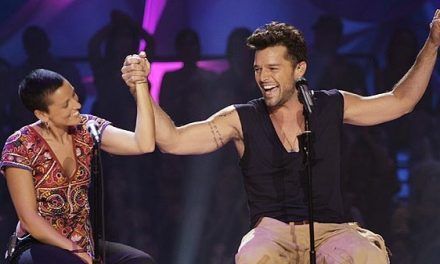