PLAYLIST RELAXING MUSIC FOR KIDS, SLEEP, TO STUDY… WHENEVER YOU NEED SOME CALMING MUSIC

Playlist Relaxing Music are those soothing tunes that you love ❤ Adele, Tiwa Savage & Sam Smith Temptation, Vivaldi… Calming music for kids, to study, to work, or anytime you need it. As usual, only music that makes you thrill. 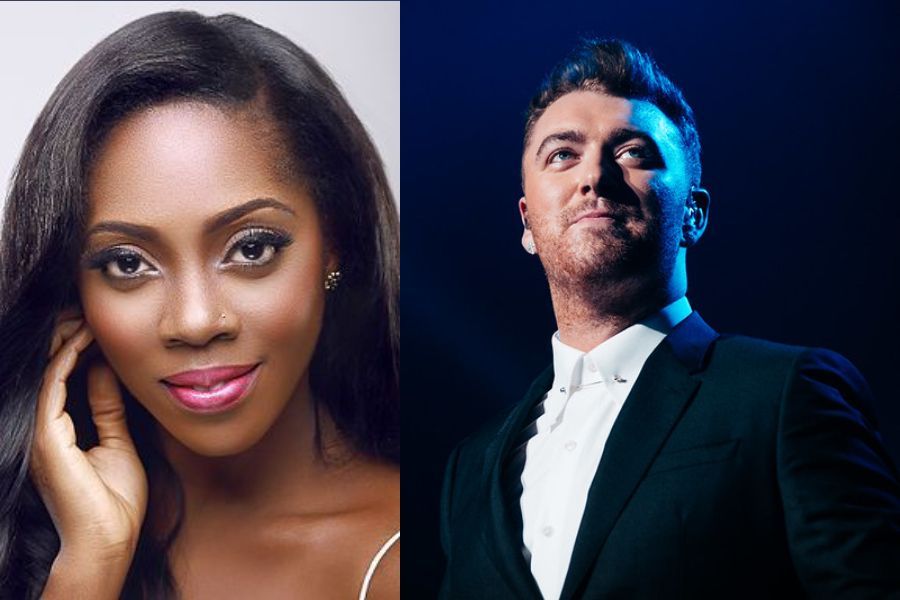 | “Temptation” is subtle and soft music with Afrobeats that give the song a magic touch. Perfect to chill out.

| Tiwa Savage is a Nigerian artist who began her career doing backup vocals for George Michael and Mary J. Blige. She participated without much success in the The X Factor in UK, no matter that she ended up being the first Afro-American woman wining MTV’s “Best African Act” award.

| Sam Smith had teamed up with another famous Nigerian singer, Burna Boy, in his single ‘My Oasis‘ , only one month before.

| Tiwa Savage sings in English and Yoruba (a dialect from Western Africa). 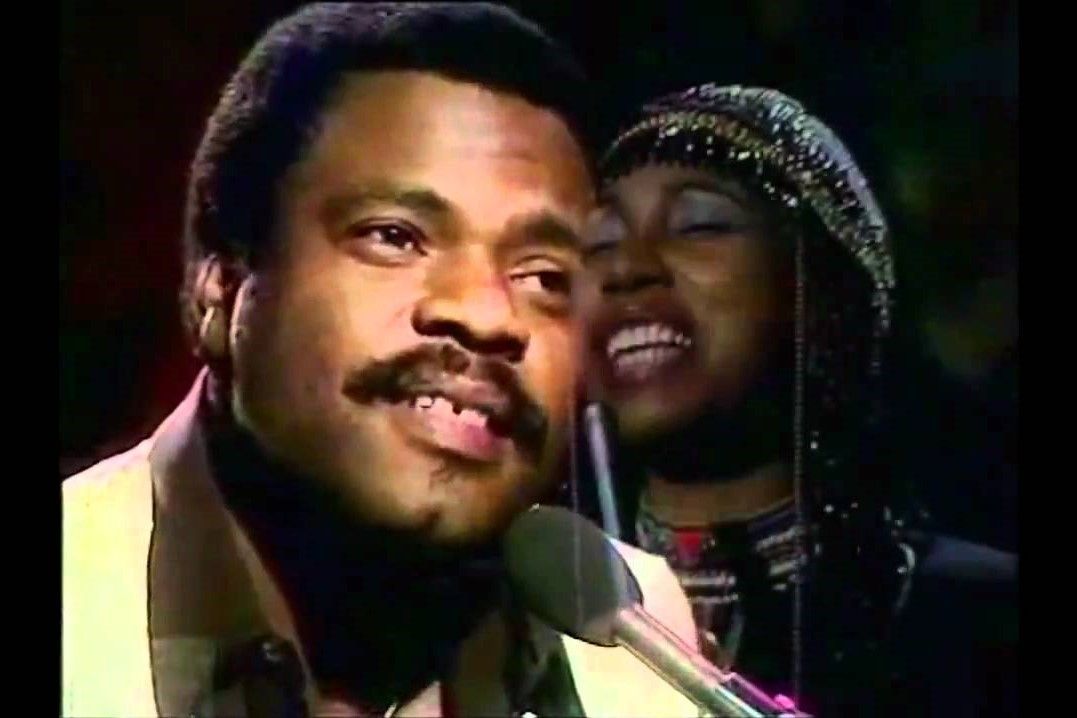 | “With you I’m born again” was composed for Fast Break film. Its international success was so big that Motown (their music label) decided to publish a Billy Preston & Syreeta duet album.

| Billy Preston played with The Beatles many times, including their last and legendary Rooftop Concert. If you look at the left of Paul McCartney in the video, you’ll see him. He is the only artist credited on a Beatles song ever, in 1969: “Get Back” by “The Beatles with Billy Preston” (the vinyl is must have ).

| Syreeta Wright was a star in the 60s. She was married to Stevie Wonder for 18 months, composing universal tunes like “Signed, Sealed, Delivered (I’m Yours)”. 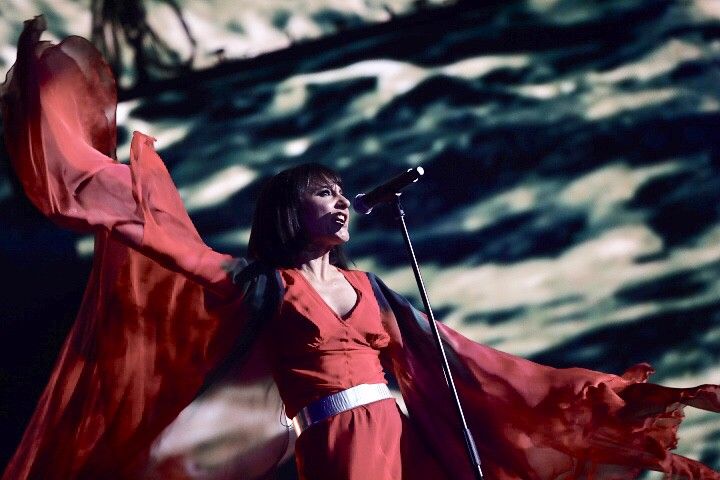 AMARAL | Sin ti no soy nada (I’m nothing without you)

| Amaral is a Spanish band that has released 8 albums (till 2020). It consists of Eva Amaral, whose surname gives name to the band, and Juan Aguirre.

| This tune is included in the “200 best Spanish pop-rock songs list”. The corresponding record, Estrella de mar (Starfish), is among the best Spanish rock albums ever, according to Rolling Stone.

| Shortly after meeting for the first time, Eva and Juan joined the Music Conservatory to improve their music theory skills. There were only free places left in the double bass course, so they decided to learn how to play it.

| They are still one of the most popular bands in Spanish music, selling out every single show they give, which by the way, are everything but relaxing 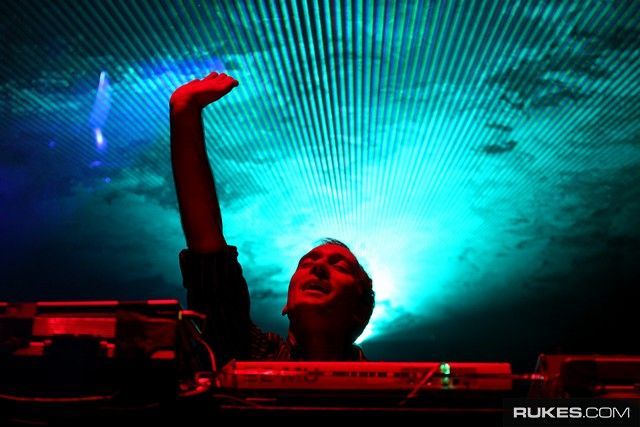 PAUL VAN DYK | Nothing but you

| Paul Van Dyk is a German DJ and producer, known worldwide for his trance music. “Nothing but you” is that kind of meditation music or the one that you use to concentrate while studying. I used to listen to it a lot in college, give it a try

| At the beginning of 2016 Paul suffered a 20-foot fall at a concert. He injured his spine and was in a wheelchair for a time. Paul had to relearn how to walk, eat and speak. This experience inspired him in his album “From then on” . A masterpiece of trance music.

| If you have the chance, go to one of his shows, it’s worth it. He is energetic and calm at the same time and it transmits that feeling when he performs. Take a look at this recent show and you’ll understand: Paul Van Dyk Nature One Festival 2019 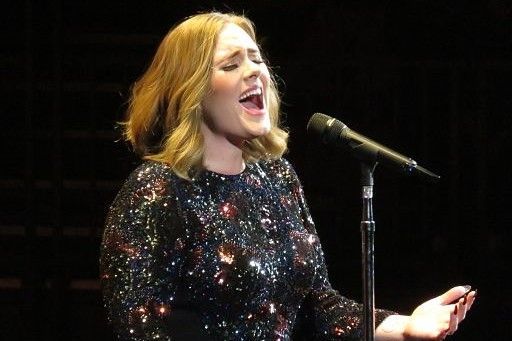 ADELE | Make you feel my love

| Adele dedicates this tune in all her shows to the memory of Amy Winehouse.

| Adele didn’t want to include a cover in her first album, 19, but her manager, who is a big Dylan fan, played the song for her. She was so thrilled that cried:

It really just summed up everything that I’d been trying to write in my songs.

| Adele ’21’  is the best-selling album of the 21st century. If you don’t have it yet, don’t hesitate, is quivering and relaxing music. 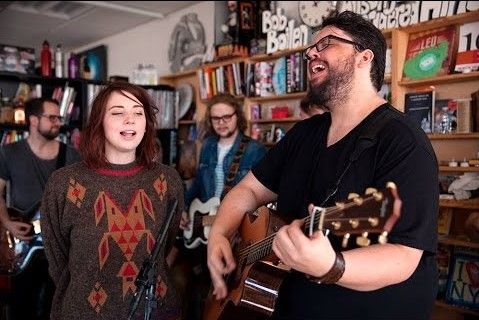 THE OH HELLOS | On the mountain tall

| The Oh Hellos is an American band from South Texas that fosters an indie folk-rock style, is that all! Tyler and Maggie Heath created the band in 2001.

| Their high sensitivity touches everybody that hears them. If you didn’t know them, now it’s time. We share a mini-concert and a longer show so you can discover them. It’s the perfect mix between delicacy and intimacy, with happiness and euphoria. “On the mountain tall” is all relaxing music.

| In 2013 the Heath siblings reached out to friends and gathered together an ensemble of touring musicians the size of a circus, tumblers and all

(quote from their Web site). 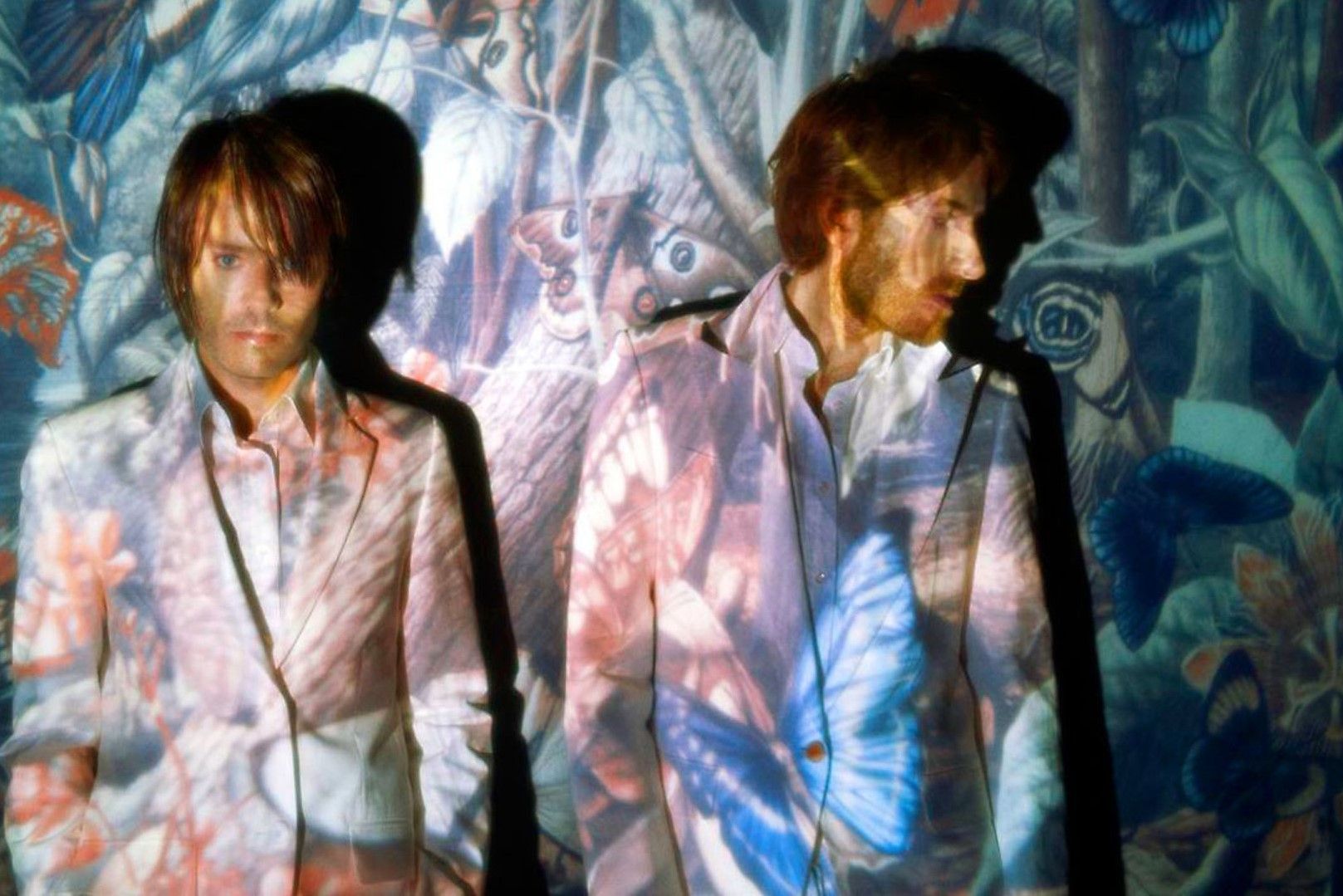 | Air is a French band, consisting of Nicolas Godin and Jean-Benoît Dunckel. Their strong point is electronic music, and I would say calming music as well.

| They have often collaborated with Sofia Coppola, like with the soundtrack of Sofia’s first film, “The Virgin Suicides” which we strongly recommend.

| “Cherry Blossom Girl” is a marvel that has hypnotized me since I was young. It begins with a vibraphone, a drum machine and an acoustic guitar, which give the song a magical halo; the synthesizer joins them later to take us straight to Paris.

Guess who sings the song, a woman or a man?

Well, surprisingly, the one who sings is a man, in fact, it is one of the members of the group, Jean-Benoît. 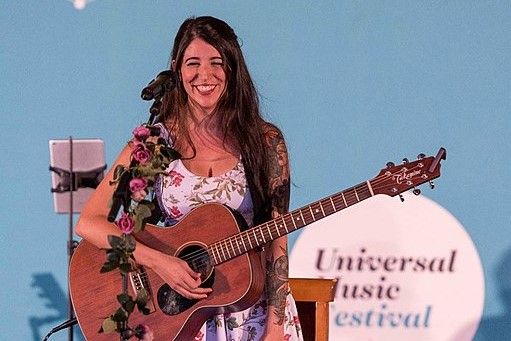 | Bely Basarte is a young Spanish singer and composer. She started her musical career uploading covers and original songs to YouTube. She was quite successful, reaching thousands of followers (500,000 by 2020). Her loyal fans knew that she used to upload a new YouTube video each Friday at 15:00 CET, so these accumulated tons of views just after being published.

| She has built up her career all by herself, that’s why media call her “Musicpreneur” and “Do it yourself musician”​

| Bely dubbed all Belle songs in the Spanish version of Emma Watson’s The Beauty and the Beast. 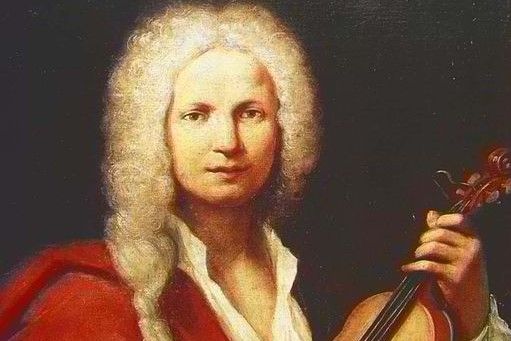 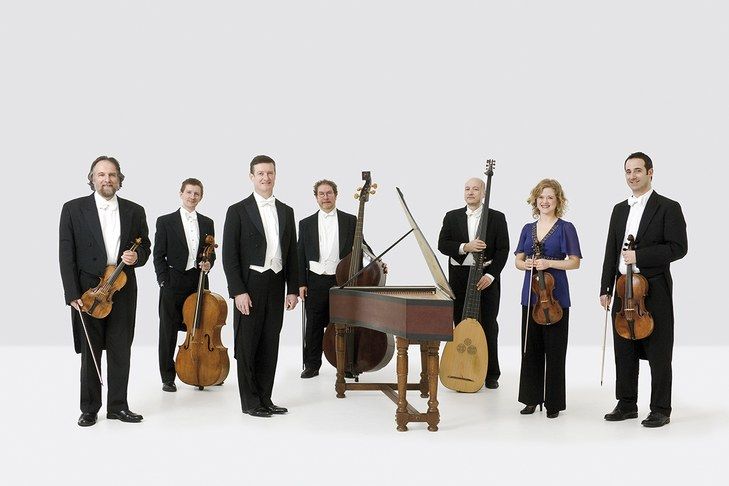 Image from The English Concert Web

| Four Seasons (in Italian: Le Quattro Stagioni) are 4 concerti for violin that Antonio Vivaldi composed between 1716 and 1717, each one representing a season of the year.

| The original score includes notes explaining how each part of the composition must sound like. In the movement that we’ve chosen, “1. Allegro”, these are Vivaldi’s instructions: “Spring’s awakening – Song of the birds – The Springs gush out – Thunder – The song of the birds”.

Play the song and try to guess when each sound begins. Then check it out here.

How many did you get right?

Do you want to challenge your friends? Share the game and the playlist [addthis tool=”addthis_inline_share_toolbox”]

| As you know, there are lots of interpretations by orchestras worldwide. Our favourite is Simon Standage, Trevor Pinnock and The English Concert one, specially on vinyl . 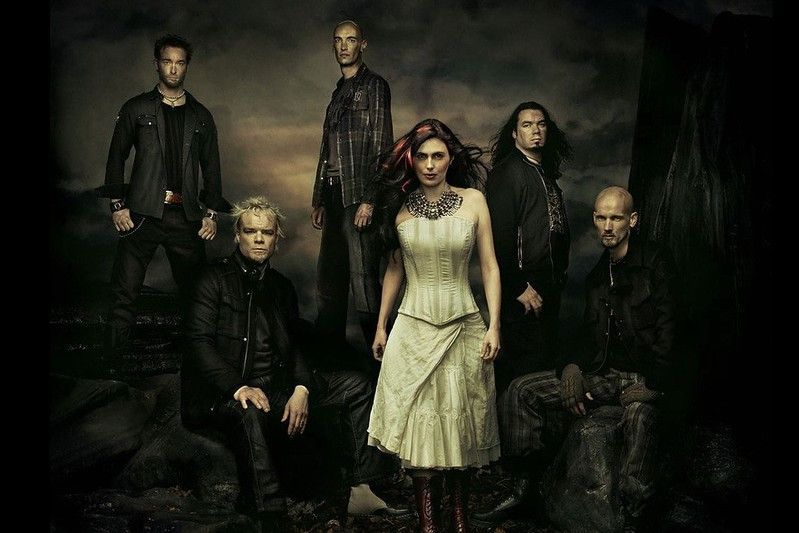 | A Heavy Metal band in a relaxing music playlist? I know but listen to “Utopia” and you’ll see. Its melody makes me close my eyes and get away from everything.

| Within Temptation is a gothic rock band from The Netherlands which released an acoustic album called “An Acoustic Night at the Theatre”, being the first single this amazing duet with the British singer Chris Jones. Soothing music.

| The frontwoman, Sharon den Adel, explains the meaning of the song:

Utopia is a perfect world, and the song is about that moment in which each of us must decide what the life we want for the future is like. 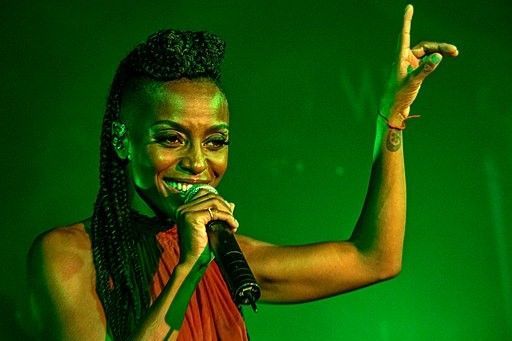 | Main references of pop and soul minimalism, Morcheeba is a British band created by the Godfrey brothers (Paul and Ross), with the awesome Skye Edwards as vocalist. After 5 albums, in 2003, Edwards left the band and in 2009 she returned to the group releasing this beautiful song, “Even Though”.

| Morcheeba defined the concept of chill out music since the 90s, for their sensitive and calming music. They have many musical gems, which we will discover little by little in Trembol. 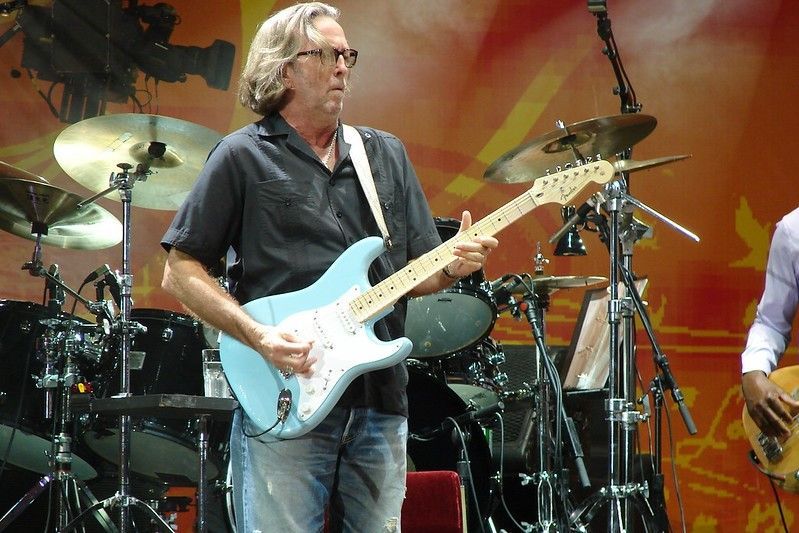 | Eric Clapton had his first guitar as a present for his 13th birthday. Today, 62 years later, he is one of the best guitar players in history. Clapton and his Stratocaster (electric guitar) are one.

| “Let it Grow” belongs to his 2nd album “461 Ocean Boulevard” , that marked his return to recording after recovering from a three-year addiction to heroin.

| The tune has been criticized because of the similarity of its melody and chord progression with Led Zeppelin’s “Stairway to Heaven”.

| Eric was a friend of George Harrison’s and worked with The Beatles in “While My Guitar Gently Weeps”, becoming along with Yoko Ono and our Billy Preston, one of the only 3 artists to be part of a Beatles album. 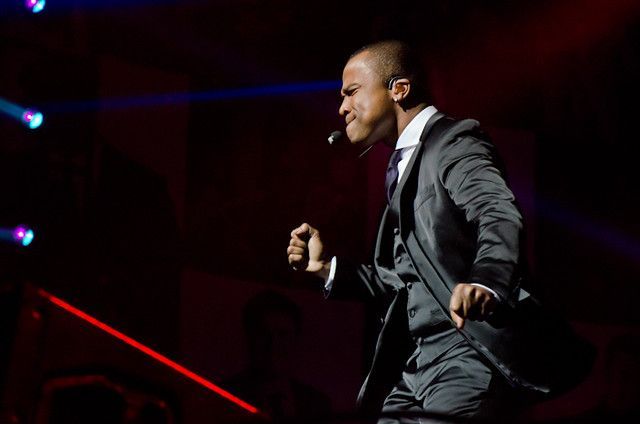 Só Pra Contrariar, by T4F (TIME FOR FUN), on Flickr

| Só Pra Contrariar (Just to Oppose) made their debut in 1988. There were eight of them, counting the lead singer Alexander and his brother in the drums, Fernando Pires.

| They became immensely popular in 1997 when they released their first album in Spanish, including the international hit “Cuando Acaba el Placer (When the pleasure is over)”. The Brazilian version is also beautiful and perfect relaxing music for kids (Depois do Prazer).

Have you ever listened to a Relaxing Music Playlist with popular songs? That is “relaxing music“, soothing music of all styles and periods that will accompany you while you are with kids, when you want to go to bed or anytime that you need it. Just relax and enjoy!

Billy Preston - With You I'm Born Again (with Syreeta Wright)

In some mobile devices the Playlist doesn’t switch song automatically. If this is your case and you want to listen to it non-stop, click here to go to our Youtube channel.

Contrary to the vast majority of relaxation music, which is usually ambient and instrumental music, Trembol has selected pop, rock, dance, classical songs… that will help you relax and concentrate, and furthermore, you will love.

Learn how to play the songs in e-Chords

Header and Featured Image used in this article and on Social Media: Photo by Aaron Burden on Unsplash | Post Feedback Background Image: Photo by Ben White on Unsplash

Designed by Trembol for you. YouTube Playlists and Spotify Playlists 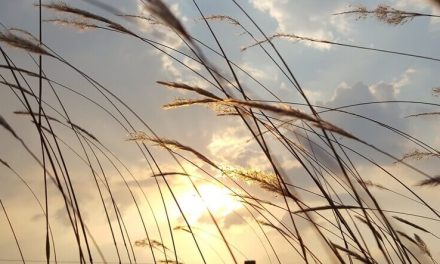 PLAYLIST RELAXING MUSIC 2 | Soothing songs plus their stories behind 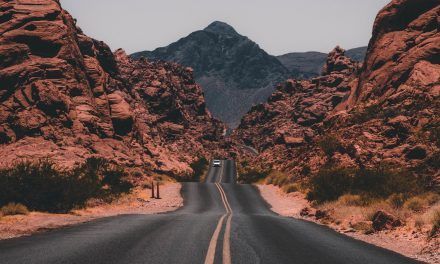 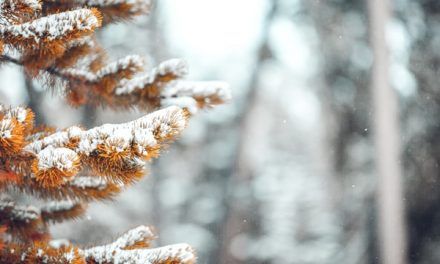 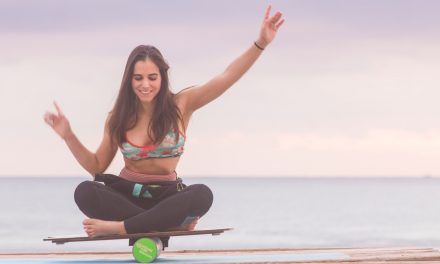 PLAYLIST BEST WORKOUT SONGS OF ALL TIME 🤸‍♀️ YOUR MOTIVATION TO TRAIN