DAVE GROHL’S HOPE AND COMPASSION TUNE IS USED AGAINST COVID-19. TIMES LIKE THESE FOO FIGHTERS SONG

Dave Grohl, Foo Fighters leader, composed ‘Times Like These’ in 2004, when he was feeling: “scared but hopeful”. What life is, in 2020 big music stars got together to sing it again, this time to fight against COVID-19.

We tell you everything about Foo Fighters, game included.

Pure Energy | To Mull Over


TABLE OF CONTENTS OF FOO FIGHTERS

| As a cheer song, because of its hope and compassion message, they chose Foo Fighters Times Like These 👍. All funds raised go to organizations that help vulnerable people impacted by COVID-19.

| The song went to UK number one.

25 singers and bands are part of the song, we’ve selected 8 of them so you guess who they are. Different levels of difficulty

. Hover over the image to see the name. Tell us how many you get right in the Comments section.

Do you want to challenge anybody? Share the game and article with your friends [addthis tool=”addthis_inline_share_toolbox”]

Trembol | How did Dave Grohl put Foo Fighters song Times Like This, in its 25th anniversary, to fight COVID-19?

Let me start with a bit of history to get us in the situation. Nirvana, a mythical grunge group, disappeared in 1994 due to Kurt Cobain death. Then the band’s drummer, Dave Grohl, decides to record an album and does it in just 1 week playing all the instruments himself (except the backing guitar).

That would be the first Foo Fighters album. It was followed by  “The Colour and The Shape ”, which critics proclaimed one of the best 90s rock albums.

We jump to 2002, when “One by One” comes out, featuring Times Like These, a song that Dave Grohl wrote on a napkin at a difficult time in his life where he felt scared, but also hopeful, just like he stated. The album would become Foo Fighters’ first UK No. 1 and be awarded with the Grammy for Best Rock Album.

The story of the band continues to 2020, celebrating the 25th anniversary of Foo Fighters as one of the most admired alternative rock bands in the world and turning Times Like These, into what has always been for me, a solidarity anthem that gives hope in times you need to fight against difficulties, meaning the damn virus!

By the way, as an anecdote, I love when renowned artists step out of the pot and start parallel projects. In Dave Grohl’s case, it’s a metal band called Probot (listen on YouTube, buy on Amazon ).

Dave Grohl from Foo Fighters tells us Times Like These meaning: 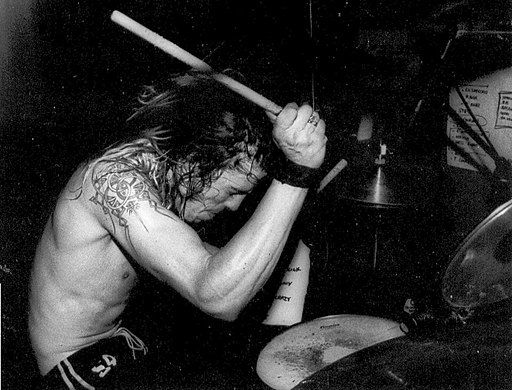 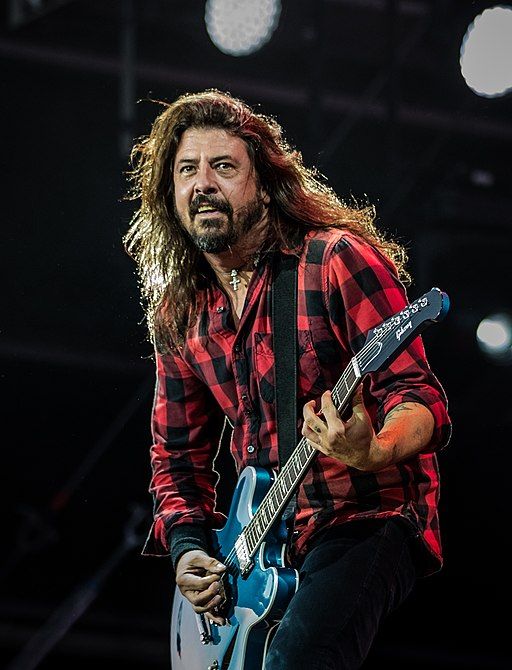 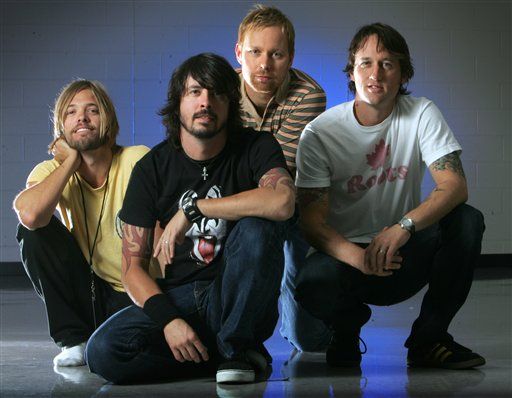 The lyrics are about hope and love and compassion.

They discuss how I (Dave Grohl) felt like I wasn’t entirely myself [during the unsatisfying recording of the album and the uncertaintity about the future of the band].

You know that we usually highlight those parts of the song that excite us the most, but this time let us change the script and bring you Times Like These acoustic version and as an extra, Foo Fighters Everlong, their most famous tune, you can’t miss them! Both are from the acoustic concert they recorded in 2006 in Hollywood, “Skin and Bones”, a must-have in any music library .

I, I’m a one way motorway
I’m the one that drives away
Then follows you back home

I, I’m a new day rising
I’m a brand new sky
To hang the stars upon tonight

I am a little divided
Do I stay or run away
And leave it all behind?

Translations in Trembol are handmade with a lot of care and love, because we want to explain you the real meaning of the song and the story behind it, with the author words and in different languages. For this reason, we do not use automatic translators, which translate word by word, without understanding the background of the lyrics. In Trembol we believe in emotions and spreading music, that is why we also translate manually all lyrics to Spanish, like this David Grohl Times Like These, one of the best Foo Fighters songs. Click on the box of the language you want to see, and it will open. If your screen is large enough (typically a PC) you will be able to view the two lyrics in parallel, the original and the Spanish translation at the same time. Cool, isn’t it!

❤ If you like the song as much as we do and you want to help Trembol, you can buy it following these links for Amazon or iTunes.

“Times Like These” makes a nod to the 80s American group Hüsker Dü, one of Dave Grohl’s favourite bands, when it says, “I’m a new day rising”. New Day Rising is the first album of Hüsker Dü in 1985, which by the way, is included in the 500 best albums in history chart by Rolling Stone.

When Dave Grohl (Foo Fighters lead singer) found out that George W. Bush was using Times Like These for his presidential campaign in 2004, he decided to take part in his rival, John Kerry, campaign.

What does Foo Fighters mean?

In 2009, Dave Grohl told VH1 Storytellers that he chose “Foo Fighters” name because it was attractive and could be in people’s top of mind like “Led Zeppelin”. He also confessed that he would not have given the group that name if he had known it would be so successful

Who is Dave Grow?

There is most likely more than one person named Dave Grow, but none of them have anything to do with Foo Fighters. The creator of the band is called “Dave Grohl”, well, his full name is David Eric Grohl, but a lot of people misspell his last name.

To give you an idea, according to Google, around 1 million people a month search for Dave Grow instead of Dave Grohl. I have probably been one

What is Dave Grohl's age?

What is David Grohl and Nandi Bushell challenge?

Nandi Bushell is an American 10-year-old girl who makes impressive drum covers of rock bands. In August 2020 she challenged Dave Grohl from Foo Fighters with this Tweet.

My dream is to one day jam with Dave Grohl, @taylorhawkins and all the @foofighters! Mr Grohl I would love to have a drum battle with you! I LOVE Everlong it’s really hard to play as it’s so fast but so much FUN! #foofighters pic.twitter.com/Pmdhvl57uu

David Grohl accepted the challenge and returned her this Tweet:

Hey @Nandi_Bushell! Challenge accepted. Haven’t played these songs in a loooooong time…..thanks for the inspiration!!! Your move!!! Your friend in rock, Dave (Thanks to my daughter, Harper for letting me borrow her drum set) pic.twitter.com/Ytq47CcZRC — Foo Fighters (@foofighters) August 29, 2020

A bit later, Dave and his family composed a song for her:

Ok @Nandi_Bushell….Round 2! Every superhero needs a theme song. Here’s one for you! Mad props to The Grohlettes for the background vocals. pic.twitter.com/js9xBasbpw

A so she did for Dave:

Mr Grohl. The song you wrote for me was truly, truly EPIC! You really are LEGENDARY! I wrote a song for you to say THANK YOU! It’s called ‘ROCK and GROHL, The EPIC Battle’! I hope you love my song, as much as I love your song for me! @foofighters #EPICBattle pic.twitter.com/z57oxbYFdC — Nandi Bushell (@Nandi_Bushell) October 1, 2020

The story will continue, so if you want to follow it up, these are their Twitter accounts: @Nandi_Bushell and @foofighters

What is the Foo Fighters logo?

This is Foo Fighters official logo:

Another version of Foo Fighters logo:

If you want to have one for your clothes, I bought this one on Amazon , it’s very easy to stick.

Which are Foo Fighters members?

The order in the photograph from left to right is: Rami Jaffee, Chris Shiflett, Dave Grohl, Taylor Hawkins, Nate Mendel and Pat Smear: 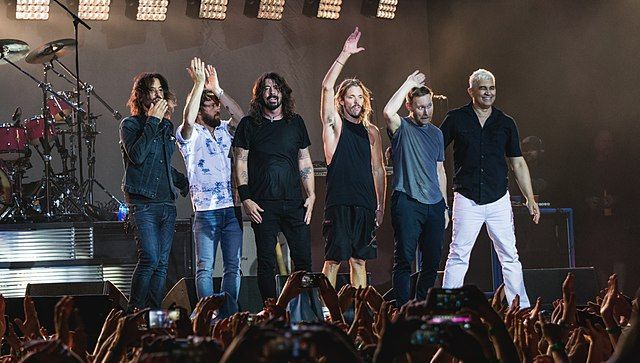 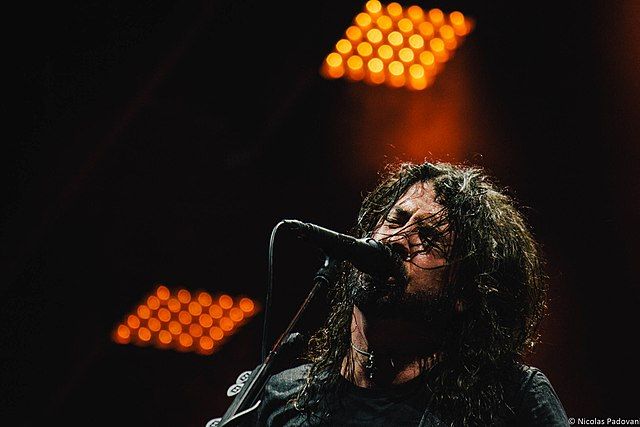 Learn how to play like Foo Fighters in e-Chords 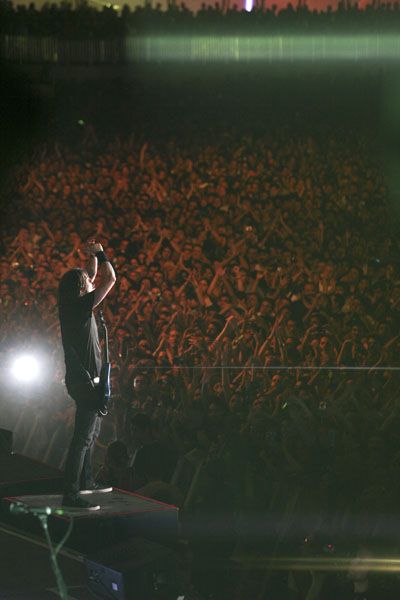 What is the Mixolydian mode?

We always tell you the key used for each song because that way you know the notes used in it. For instance, Times Like These, is D key, so if it were a standard Major scale, the music notes used would be:

The Major scale, also known as Ionic Mode, like all scales is defined by the distance between each pair of notes. In the Major scale, this is the pattern: 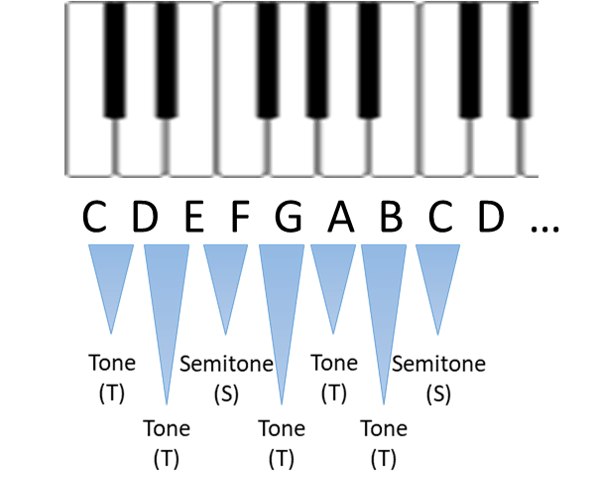 A Tone are 2 Semitones, being a Semitone the distance between two piano keys (no matter if they are black or white, like Michael Jackson says

It happens that our song is in a different Mode called Mixolydian, which has the seventh note or grade (in this case “C”) a semitone lower than a Mayor scale: C# (sharp) ▶ C.

Music is measured, but not in meters or liters, in units of time represented by notes of different value (quaver/eight note, crotchet/quarter note, minim/half note, etc.). These figures are grouped into bars that have a specific number of beats or pulses.

One of the most common time signatures in western contemporary music is 2/4, which indicates that it has 2 beats in each bar and the value of each beat is a crotchet/quarter note, which is represented by number 4. Other common measure signatures are 3/4 and 4/4.

Times Like These, in certain parts of the song (like as of second 13, represented on the image), uses a 7/4 time signature. As you can see, there are 7 pulses of crotchet/quarter note, which is irregular or complex meter signature. In the end, it is a sum of 2 regular ones: 3/4 + 4/4.

Share your thoughts and feeling and become part of us forever ♥️

A legendary song and video. This is the tune that turned me into a Foo Fighters fan, it thrills me every time I listen to it. I hope you feel the same!

2) Foo Fighters What did I do?/God as my Witness

2 songs in 1 and each one more powerful. I like the second part better because of the guitar riffs, which one do you prefer?

3) Foo Fighters Best of You

“I’ve got another confession to make”. This is the beginning of Best of You, a scream that shudders and remains throughout the song.

There are so many amazing Foo Fighters songs that it has been very difficult to select 10. Although there are some that are essential: My Hero, Everlong, The Pretender, Learn To Fly, All My Life…

Even though it may not be the most famous tune by Foo Fighters, I have a special predilection for “In The Clear”. Please tell me if you agree when you listen to it.

You know by now that you need a free Spotify account to listen to the playlist.

On Internet Archive you will find many more free Foo Fighters contents.

Header and Featured Image used in this article and on Social Media: Andreas Lawen, Fotandi / CC BY-SA | Images used in “Times Like These” Game are all from YouTube video

SEARCH OTHER ARTICLES RELATED WITH: 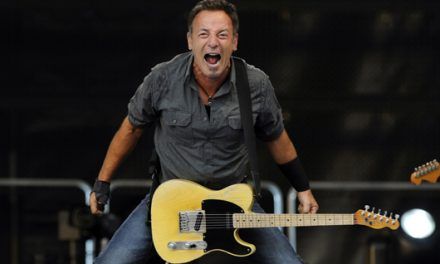 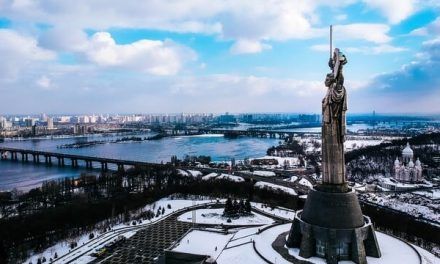 CAROL OF THE BELLS. THE MOST BEAUTIFUL AND DARK CHRISTMAS SONG 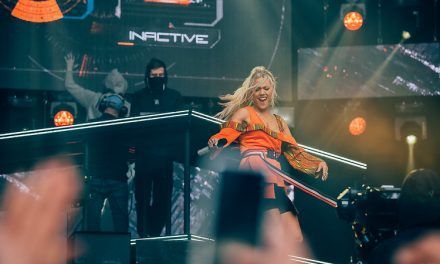 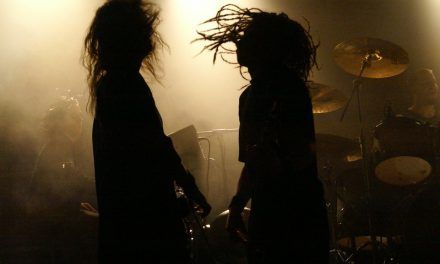