It’s proven, there is nothing better than a good mix. When Mexican Marcela Bovio, teamed up with Dutchman Arjen Lucassen, to found the Progressive Metal band, Stream of Passion, something heavy was going to happen. The collision is called “Out In The Real World”.

TABLE OF CONTENTS OF STREAM OF PASSION

Ayreon Transitus. The new album in 2020

| Transitus is the new Ayreon album in 2020 by the mastermind of Arjen Lucassen (founder of Stream of Passion). It’s a rock opera based on a gothic ghost story in the 19th century.

| As a fun fact, the story is narrated by Tom Baker, from the famous series Doctor Who. Marcela Bovio from Stream of Passion is part of it as well.

| 2 CDs plus a comic book (which you can download here) to tell the story of Abby and Daniel. It’s a perfect record for those who love this genre.

Marcela Bovio Through Your Eyes. The new album in 2020

I honestly can’t imagine putting on a show without involving Marcela… she’s simply the best!

| This is the way Arjen Lucassen describes Marcela Bovio, his bandmate in Stream of Passion.

| “Through Your Eyes” is Marcela Bovio’s new solo album. It contains 11 songs inspired by themes provided by her fans from different parts of the world.

| We’ve selected the best song from the album, “The Silence before the Storm”. The classic piano is a delight.

Trembol | Why Stream of Passion heavy metal fusion is so good?

I still remember in 2006 when i was a trainee and a colleague, who is a Heavy Metal passionate, told me about Stream of Passion. I was lucky enough that, just that year, they published “Out In The Real World”.

The song has lived in my head ever since, and now that I have decided to analyze it in depth, to share it with you, I know the reason why.

In the Heavy Metal world there are many songs sung by lyrical voices, accompanied by very powerful guitars. What sets this song apart is the fusion: The unrivaled progressive metal of Northern Europe, brought by the group’s founder, the Dutchman Arjen Lucassen, along with the Latin passion of the Mexican singer, Marcela Bovio.

By the way, in order to be precise, although Stream of Passion can be considered as a Progressive Metal band (specially in their latest albums), “Out In The Real World” is Gothic Symphonic Metal. I confess it, it’s my favourite.

Not everything could be good news, so let me tell you that the band broke up in 2016, after an 11-year career.

This song will live in your memory for a long time, as it has happened to me, so make up some space for it and turn to it when you need that touch of PURE ENERGY!

Marcela Bovio explains when Arjen Lucassen proposed her to take a leading part in Stream of Passion: 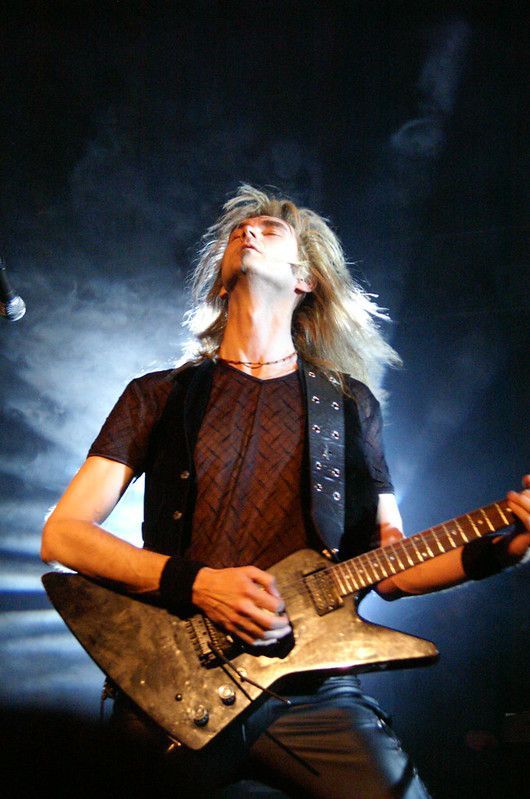 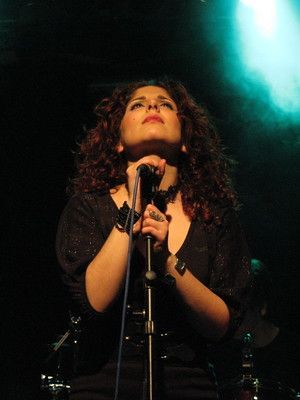 In the beginning I was a bit stressed! He gave me a lot of opportunity to collaborate in a big part with the writing of the songs, which is a great honor but also felt like a big responsibility to me.

We both didn’t know what to expect in the beginning, but things just started happening and ideas began to flow; we both got more and more excited with the way the songs began to evolve, and we ended up sharing a lot of wonderful moments with the band.

1. When it begins singing in Spanish and the chorus.

2. The piano melody and Marcela’s vocals.

3. Loop-listen the ending of the song. Hack!

This is what it says | Lyrics and Spanish Translation of Stream of Passion, Out in the Real World

LYRICS STREAM OF PASSION | OUT IN THE REAL WORLD | ENGLISH

(Out the real world You are waiting to take my hand I’ll be looking for answer That leads me back) I’ve hidden wishes for so long Buried deep inside, Keeping them secret from a world That’ll never realize The way I dream Puedo ver esos ríos de luz [I can see those rivers of light] escapar de mi piel, hacia la fantasía [Flee from my skin, to fantasy]

Outside, back in your arms

LYRICS STREAM OF PASSION | OUT IN THE REAL WORLD | SPANISH

Translations in Trembol are handmade with a lot of care and love, because we want to explain you the real meaning of the song and the story behind it, with the author words and in different languages. For this reason, we do not use automatic translators, which translate word by word, without understanding the background of the lyrics. In Trembol we believe in emotions and spreading music, that is why we also translate manually all lyrics to English, like this Out in the Real World, the best heavy metal tune by Marcela Bovio and Arjen Lucassen in Stream of Passion. Click on the box of the language you want to see, and it will open. If your screen is large enough (typically a PC) you will be able to view the two lyrics in parallel, the original and the Spanish translation at the same time. Cool, isn’t it!

Written and Composed by Arjen Anthony Lucassen and Marcela Bovio | Background Image: Stream Of Passion – First UK Gig (for the Classic Rock Society at the Oakwood Centre, Rotherham. By Tim Ellis. On Flickr

❤  If you like the song as much as we do and you want to help Trembol you can buy it following Amazon or iTunes links below.

Stream Of Passion members lived thousands of miles away, so they decided to compose the songs for their debut album, Stream of Passion Embrace the Storm , over the Internet.

The main recording, mixing, and producing, took place in Arjen’s studio in the Netherlands. The drums at Fendal Sound studios in the Netherlands by Hans van Vondelen. The vocals in Mexico by Alejandro Millan. The lead guitars in Sweden and the final master at Fine Tune by Peter van ‘t Riet.

In 2007, one of the founders of the band, Arjen Lucassen, left the group, as planned from the beginning, along with his girlfriend, the guitarist Lori Linstruth.

Where is Stream of Passion from?

As its founder Arjen Lucassen is Dutch, we can say Stream of Passion band is a Dutch group.

Although, as we have said, he left the group very soon and his Mexican singer Marcela Bovio took the lead. That’s why Mexicans can also claim that the band has Mexican blood.

How tall is Arjen Lucassen?

In Arjen Lucassen case, a musician, composer and founder of multiple bands, many people just ask about his height.

Who is Marcela Bovio's husband and who is her sister?

Marcela is not married now (2020). In the past she was married to Johan van Stratum, Stream of Passion’s bass player.

Marcela has a sister called Diana, who is an actress and singer too. She took part in the band’s choir at the first concerts. 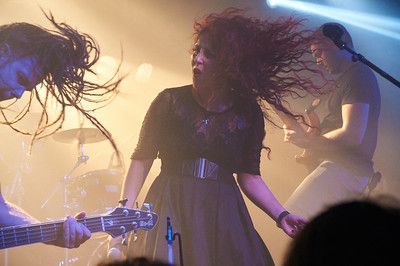 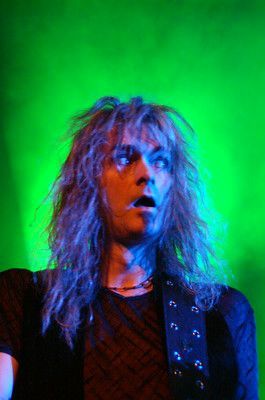 Technical Note of Stream of Passion | Out in the Real World

Learn how to play like Stream of Passion in e-Chords

1. Stream of Passion, Embrace the Storm: “Deceiver ” is a jewel from their first record. The song has a hypnotic atmosphere that will envelop you. We selected a powerful live version with a final surprise.

3. In Trembol we couldn’t resist the temptation to introduce you another amazing song: “Passion ”. Guess from which famous Opera they borrowed part of the melody. Phantom of the … 🙂

We bring you Stream of Passion, Memento. Their last album recorded live, including all his greates hits such as: In The End, I Have a Rigth, Street Spirit, The Curse, A War of Our Own or When You Hurt Me The Most.

To listen to the full album you need a free Spotify account.

We also share a link to their YouTube Music Channel. It’s the page with the best organization of the whole Stream of Passion discography and it’s completely free. Well! you might see some ads from time to time.

It is Arjen’s first band, after his first solo album and his early steps with Bodine and Vengance. In Ayreon, he simply makes the music he loves, without categories or genres. Tends to Rock Opera style.

It’s a side project to Ayreon with the singer, Astrid van der Veen, who was 14 years old in 2001, when it was recorded. It focuses on ambient instrumental sounds and with the warm touch of Astrid’s vocals.

As a reaction to Ambeon’s soft sound, Arjen decided to create this metal project, which already has 2 published records. It includes great voices, such as Floor Jansen, the lead singer of our beloved Nightwish.

In 2009 Arjen started another side project with the Belgian singer, Jasper Steverlinck. Lyrics came by her partner and ex-Stream of Passion guitarist, Lori Linstruth. It is as dark and metal as melodic.

Arjen has so many projects that is overwhelming. In 2011 he published another solo album, called “Lost in The Real World”. In 2015 he formed The Gentle Storm, along with the singer, Anneke van Giersbergen; and in 2020 he released with Ayreon, “Transitus”. As you can imagine, our favourite is still Stream of Passion with Marcela.
POST FEEDBACK

Header and Featured Image used in this article and on Social Media: Stream Of Passion – First UK Gig (for the Classic Rock Society at the Oakwood Centre, Rotherham. By Tim Ellis. On Flickr 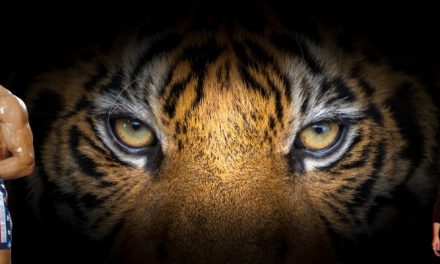 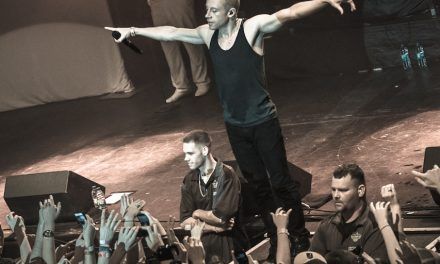 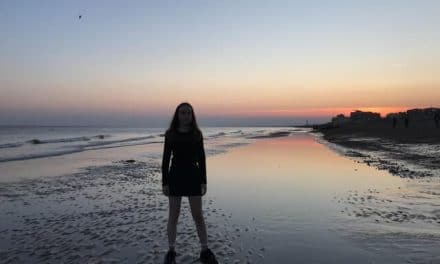 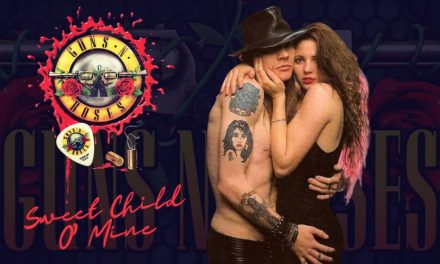