It’s early days, but after 15 years in music and a stint in pop, R&B and indie music, Demi returns to her rock roots with Holy Fvck, a long-awaited album that is sure to surprise you 🤘 15 was not a phase… Do you want to know all the details of the album?

Demi Lovato Holy Fvck | What is her 8th album about?

In Holy Fvck Demi Lovato comes fully armed. There is no better way to start this new musical work than with Freak. With the collaboration of British punk star Yungblud, Demi surprises us with rock, metal and heavy influences that, without a doubt, will leave you wanting to listen to the rest of the songs on the CD. Have you noticed the circus melody at any point in this track? 🎪 We move on to Skin Of My Teeth 🦷, an anthem for all those people who, like Demi, have suffered from addictions. Demi survived an overdose in 2018 and, since then, has been back in therapy on several occasions, something she shamelessly reflects in the first verse of this song. With Skin Of My Teeth, Demi Lovato seeks to humanise a subject that remains taboo for so many others.

Demi leaves rehab’ againWhen is this shit gonna end?Sounds like the voice in my headI can’t believe I’m not dead

We waste our lives in pursuit of something unreal, showing something we are not and not scratching at the depths of people. And it is precisely this lack of ‘substance’ that Demi sings about in Substance, the second single from her eighth album.
The powerful part of Holy Fvck begins with Eat Me, where Demi fires in all directions. This song talks about her Disney days 🐭, as well as her pop era, which she gave a curious funeral to in January 2022, as she showed on her Instagram profile. In both, Demi had to show an image of a good girl, who didn’t get into trouble, and then adopt a sexy image, but one that wasn’t too provocative. With Holy Fvck, the track that gives the album its name, we enter sexual terrirtory, with references to the bible and metaphors that don’t go unnoticed. With a touch of dark vocals and a lot of guitar and drums, Demi presents herself fearlessly and talks about how she can make you see the sky with all the lights off.

In 29 Demi goes straight to the point. This track refers to her relationship with actor Wilmer Valderrama, with whom she shared 6 years of her life. They met when Demi was only 17 and he was 29, and what better way to realise the murkiness of such a love than by turning 29 💔 By that age, Demi realised that she would never be able to date someone that young, unlike Wilmer, who has already had a few relationships with the same pattern behind him. The song has become a single and has gone viral on networks such as Tik Tok as it resonates in many women who have been involved in this kind of relationships.

Finally twenty-nine Funny, just like you were at the time Thought it was a teenage dream, just a fantasy But was it yours or was it mine? Seventeen, twenty-nine

Demi only knew God for a minute and felt she didn’t fit in heaven… So begins Happy Ending, a grunge pop song in which she opens up and shows her doubts about whether she will be able to be happy and die having had a full life. This song was especially difficult for Demi to write, as she was going through a bad time that led to these cathartic lyrics. 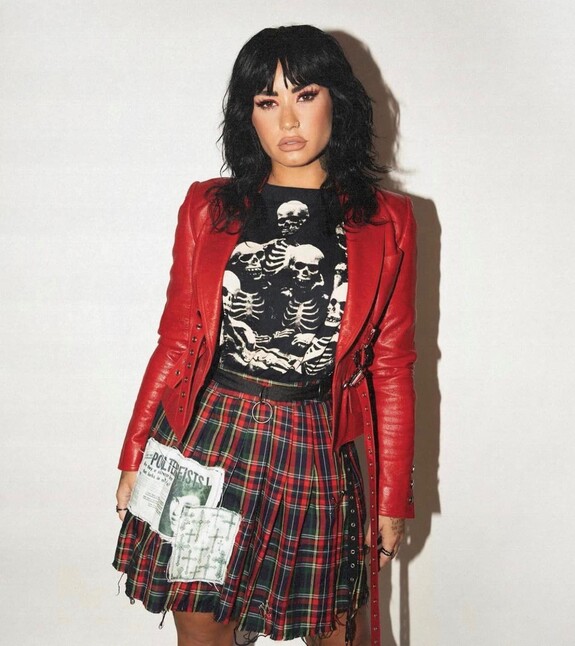 We travel to Los Angeles with City of Angels. Demi has been living in the city of stars for 15 years and now she wants to discover it from a different perspective. In the almost three minutes that the song lasts, she makes clear references to sexual exploration. Demi leaves little to the imagination 🔥 This is not the only statement of intent that can be extracted from this song, as Demi also makes a subtle reference to her gender fluidity, as she declared herself a non-binary person in May 2021.

What happens when you like someone? Well, you want to eat them up, and that’s precisely what Bones is about, a dark but fast-paced track that reflects those almost obsessive feelings that we’ve all had at some point. Demi wrote this song in the garden of her house with Dead Sara, with whom she shares vocals on one of the best tracks on Holy Fvck 🦴

Selfishly speaking, I want all of you to myself
And one day I’m gonna leave you needing nobody else

Don’t let the title make you think Wasted is about Demi’s addictions, because with this track we move into more romantic terrain. Age makes you realise when you’ve fallen in love – butterflies in your stomach, being on cloud nine? Demi defines it in other ways, and we love it.

I’m wasted (Wasted, wasted)
I’m faded (Faded, faded)
The highest high can’t hold a candle to
Getting wasted on you

We continue with the love and the happiness that Come Together produces. Have you ever felt that a person was for you just by meeting them? That’s exactly what this song is about, and being close to the precipice has never been so appetising. Although it is a little less explicit than her album mates, it also refers to sex 😏

Despite her youth, several of Demi’s friends have already passed away due to their addictions and other health problems. She sings to them in Dead Friends, an anthem that picks up pace as it goes along and is sure to bring a tear to your eye 😭 It was the first song she wrote on the album, just at a time when she had lost one of her closest friends and with whom she shared part of her path to sobriety.

I danced with the devil
I made it through hell and I don’t know why
How am I different?
I did and they didn’t and it doesn’t feel right

We take a step forward with Help Me, in which Demi, along with Dead Sara, claims that her life is hers and that she doesn’t give a damn about the opinions that others post on the Internet. Since the beginning of her career, fans and non-fans alike have always speculated about her problems and what’s best for Demi, and she wants to put an end to that with this great song.

Which side of us rules? The good side, or the bad side? This dichotomy is what Feed is about, a ballad in which Demi takes as a reference an indigenous proverb that talks about the two wolves inside us, and that fight between them to put happiness and positivity before negativity and jealousy… Which one wins? We decide, and as Demi says, she is the one who runs her own life 🐺

We end Holy Fvck with 4 ever 4 me, Demi’s most romantic and vulnerable track, inspired by Iris from Goo Goo Dolls. She describes how she has fallen completely in love, but with whom? 😍 The recipient of such a beautiful track is indie artist Jute$, who Demi fell in love with during the songwriting sessions for Substance, Happy Ending and City of Angels.

They say you know when you find the one
Just a look from you, I come undone
So here I go speaking honestly
I think this is forever for me

Will he be the definitive one? Let’s hope so, and that she gets all the best out of life, because it’s hard to find vocalists who put so much passion into their songs and what they do, showing themselves to be totally vulnerable. Are you ready to discover Holy Fvck for yourself? Without a doubt, this album is a listening experience, and Demi never disappoints us with her vocal ability and her harmonies within this rock and punk universe 🎸

The process of making this album has been the most fulfilling yet, and I’m grateful to my fans and collaborators for being on this journey with me. Never have I been more sure of myself and my music, and this record speaks that for itself. To my Lovatics who have been rocking out with me since the beginning and those who are just now coming along for the ride, thank you. This record is for you.

Demetria Devonne Lovato Hart was born on 20 August 1992 in Albuquerque, New Mexico. At an early age, it was clear to her that she wanted to make her mark on the world with her voice. To achieve this she moved from Beauty Pageants to television, where she made her debut at the age of 10 on the famous children’s show Barney & Friends 📺 From that moment on, she participated in several TV series with small roles, until in 2007 she got the opportunity of a lifetime with Camp Rock, the Disney film in which she shared the bill with Jonas Brothers. That was the beginning of the real maelstrom for Demi, who began to link the recording of films and series for the Disney factory with her first musical works and tours, a field in which she made her debut as the opening act for her co-stars. With Jonas Brothers, she composed the songs for Don’t Forget, released in 2008. Its successor came a year later, but just when it seemed that Demi was preparing what would be her third studio album, she entered rehab for the first time at the end of 2010. 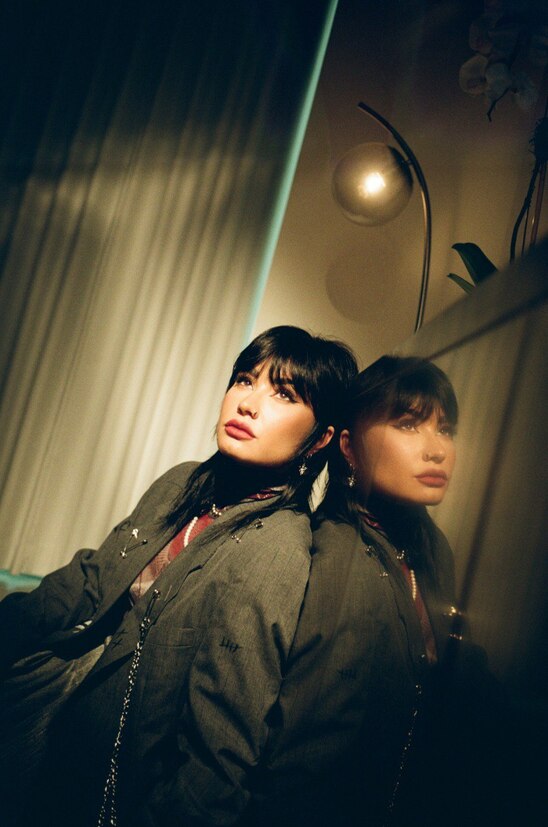 Since then, she has never hidden her problems with food or her drug addiction, believing that her experience can help others who are going through the same situation. Despite the ups and downs in her personal life, she managed to keep her career afloat, with pop albums such as DEMI, Confident and Tell Me You Love Me. In 2019, after the episode experienced in 2018, Demi changed manager, signing with Scooter Braun, famous for managing artists such as Justin Bieber or Ariana Grande. After an accidental Covid-tinged period and a failed relationship, Demi returned to music in 2021 with Dancing With The Devil… The Art Of Starting Over, an album that did not foresee what was to come next, in terms of sound, with Holy Fvck in 2022 🎶
Find more music related to: Demi Lovato | Music 2022 | Music USA 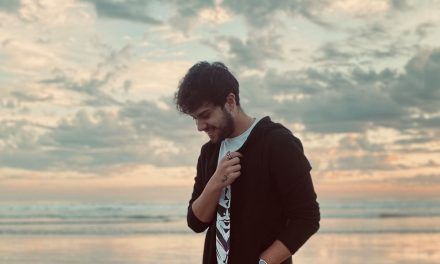 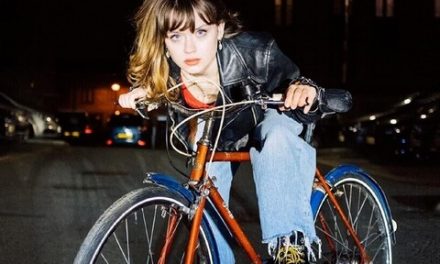 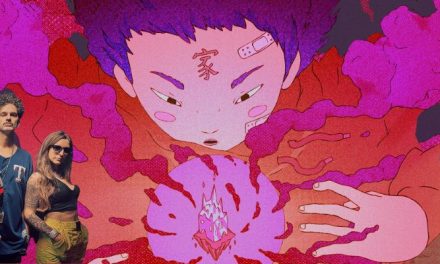